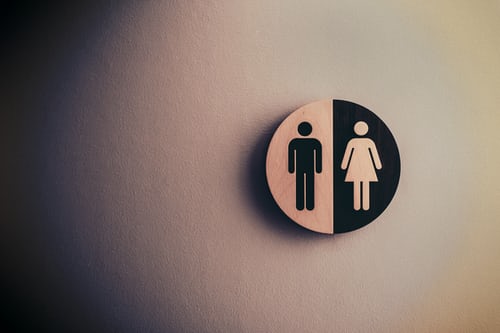 Gender equality, according to the European Institute for Gender Equality (2020) means equal rights, opportunities and responsibilities for men and women. So the human rights, opportunities and responsibilities should be the same, whether they’re born male or female. Gender equality, and empowering all women and girls, is one of United Nations’ Sustainable Development Goals. It’s part of their 2030 Agenda, a plan of action for sustainable development. It’s an important goal, because in addition to being a fundamental human right gender equality is necessary for a peaceful, wealthy and sustainable world (Gender equality 2020). The United Nations (UN) have multiple individual targets to achieving gender equality. In this blog post I will be concentrating on their target to eliminate all forms of violence against all women and girls in the public and private spheres, including trafficking and sexual and other types of exploitation.

Despite the progress made, violence against women is still a problem. It’s one of the most widespread human right violations, rooted in centuries of male domination. 1 in 3 of all women and girls have experienced physical and/or sexual violence during their lifetime and violence against women is a death cause is as common as cancer. In US, according to some national studies, up to 70% of women have experienced sexual and/or physical violence from their intimate partner. According to studies by the World Health Organization (WHO) in sub-Saharan Africa 65% of women have experienced partner violence. This number in South Asia and some parts of Latin America is 40%. Even in East Asia and Europe, where incidents are less likely, almost 20% of women have experienced intimate partner violence. (A staggering one-in-three women, experience physical, sexual abuse 2019.) Clearly, this problem is worldwide. And the lockdowns during the COVID-19 pandemic have made the situation even worse. More domestic violence shelters and helplines globally have reported increase in calls for help as more countries reported lockdowns. The UN Women calls this the shadow pandemic. (Mlambo-Ngcuka 2020.)

One way the UN is trying to achieve the sustainable development goals, is affecting and aiming to change laws. For example, still not all the countries have laws on domestic violence, which could be one way to control violence against women (Existence of laws on domestic violence 2020). But one thing that we all can do to change the situation is changing our attitudes and sharing knowledge. Even more sad than the violence against women is the fact that in some countries, women think it’s justified (Harmful practices and intimate partner violence 2018). According to an international research on masculinity, men with rigid and sexist stereotypes of masculinity are more likely tolerate and use violence against women (Flood 2019). So sharing knowledge and having an effect on people’s attitudes and stereotypes can change a lot too. Alice Han (2017) has shared an idea of how to stop violence against women and girls, which includes reframing it amongst people who are able to help, like health care professionals. She compares it to a global widespread disease, which can be eradicated with enough knowledge, investment and global co-operation.

Here is the link for Alice Han’s Tedx Talk. I truly recommend!

International organizations that are trying to solve this problem globally are for example United Nations (UN) and under that UN women, World Health Organization (WHO), Amnesty International, White Ribbon and Care. European Institute for Gender Equality (EIGE) and Women Against Violence Europe (WAVE) work to achieve gender equality in Europe. In the United States influences for example Care and National Center on Domestic and Sexual Violence (NCDSV).

According to a research made by the European Union Agency for Fundamental Rights Finland is the second-most violent country in EU, making it one of the most dangerous EU -countries for women (Tutkimus: Suomi on naisille EU:n toiseksi väkivaltaisin maa 2014). A report made by the National Council of Women in Finland says that more than 45% of the women older above the age of 15 have experienced physical or sexual violence. One third of them told the aggressor had been a former or current partner. Manslaughter in which the victim is a woman and the suspect her former or current partner is the second-most common homicide in Finland. (Report: Women and girls in Finland still face violence, poverty, harassment 2019.) Unfortunately, not even nearly all the cases are reported. In 2017 the percentage of 15-74 years old women who has experienced violence or been threatened with violence within a 12-month period by their former or current partner was around 5%, when considering only reported cases (Sukupuolten tasa-arvo Suomessa 2018, 98). Finland has made progress during the past few years, for example changing the definition of a rape to be based on a consent and adding more spots at women’s shelters. Hence the law is developing towards better, and the next challenge is to figure out how to reach the victims better and encourage them to seek help.

It’s hard to find data and information of the situation on violence against women locally. But in Helsinki and the metropolitan area, like in other parts of Finland too, more approachable services are needed. The service chain is often complicated and broken. (Lidman 2016, 73-74.) The biggest problem in preventing violence against women in Helsinki is indeed the absence of proper care chain. The service and care chains should be modelled better and multiprofessional co-operation should be done more. (Lidman 2016, 112.) In Finland organizations fighting violence against women are for example Amnesty International, Women’s Line (Naisten Linja), the Federation of Mother and Child Homes and Shelters (Ensi- ja turvakotien liitto) and Nollalinja.

Personally, I think violence is wrong, against women and men. But women are in more fragile position and more often become a victim. Of the gender equality targets I chose violence against women just out of interest. Based on all the information I’ve read writing this post, violence against women is highly underrated considering how big problem it is globally. Personally, it surprised me how widespread problem it is, especially how common it is here in Finland. This demonstrates well how it’s kind of buried topic, for example it’s not on the news even though it is so common. Talking about it more would be important to spread information but also, I think it would help the victims seek for help when they realize they’re not alone with it. The work all the organizations do to stop violence against women is priceless and has probably been the biggest reason for the progress done by now.