One might think that chatting about pandemic and all the affects it has had on the world and people, would turn out to be quite a bummer of a conversation.
However, when Klaus was sharing his view on the current situation and on our other blogpost topics, this was not the case. He had a way of shining a positive light on everything which made it easy to gather the right mindset for this post.

END_OF_DOCUMENT_TOKEN_TO_BE_REPLACED

We often talk about the loneliness of those individuals, who live alone in their own home. But what about those who live in a nursing home, can they be lonely even thought they are surrounded by other elderly and the staff?

END_OF_DOCUMENT_TOKEN_TO_BE_REPLACED

In our introduction post, we mentioned how we would be assisted with a working life representative and would introduce them later on. To respect their privacy, we will not be using any real names in our blogposts, nor will we give out any information which might give away the nursing home.

END_OF_DOCUMENT_TOKEN_TO_BE_REPLACED

Loneliness carries a stigma, so we don’t easily admit that we are lonely and it’s hard to ask for help. However, most of us have experienced loneliness at some point. We should always listen if someone tells us they’re lonely; it can be a rare opportunity for them to tell how they are feeling and have someone listen to them. The loneliness of the elderly is usually caused by some life event, like a death of a spouse, divorce, retirement or a sickness. In addition to lending a listening ear, an older person might need someone, who helps them to go to and take part in different activities and social functions.

END_OF_DOCUMENT_TOKEN_TO_BE_REPLACED

Humans are creatures that need to socialize with others, and the connection we have with each other allows us to survive. Still, there are multiple lonely seniors in Finland. There are many reasons for loneliness, for example a death of a spouse, sickness or retiring. All seniors don’t have children or grandchildren, they live far or they are not in contact with each other.

END_OF_DOCUMENT_TOKEN_TO_BE_REPLACED 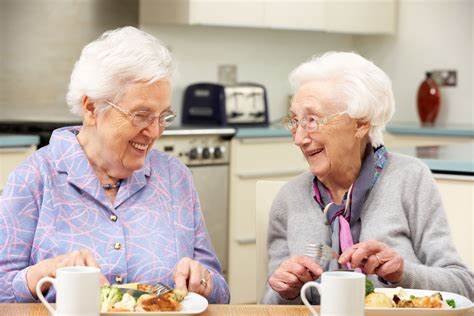 The situation today with elderly care is getting worse. We are heading for a crisis with many more people to be taken care of than there are people taking care of them. At the moment one nurse or practical nurse can be taking care of 12 elderly people during one shift unlike Denmark for example where they only have 7 per nurse/practical nurse. How to fix it? you can’t unless there are more people that are going to school and studying to do the work. There are people ageing more and more and not enough spaces in elderly care homes and not enough nurses and resources to take care of them all.

END_OF_DOCUMENT_TOKEN_TO_BE_REPLACED

According to International Population Report 2015, elderly people make up of 8.5 percent (617 millions) of global population, the age range of 65 and over. Elderly population is rapidly growing in our world population. Due to their richness of life experiences and wisdom, they are one of the pivotal groups in our population, and most of them are politically active voting in political elections in Finland. However, there is a lack of enough workforce to work in caring of elderly people in Finland. The Finnish local news says that elderly people are having a hard time receiving care from health professionals since there is not enough nurses for them. By contemplating with the fact that there is not enough workforce for elderly people, we may have many questions such as “Is there any stereotyping ideas against elderly?” “If so, do people think critically about those stereotyping like they usually think critically about the stereotype against gender, sex and human rights?”